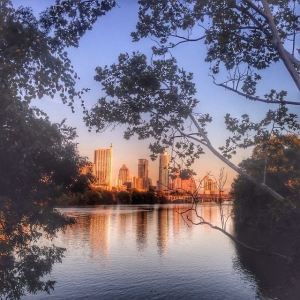 In my day job many people know that I work on the global social media team for Whole Foods Market. I do reside in Colorado, but I make a monthly pilgrimage to Austin, TX which is home to Whole Foods’ world headquarters. Austin is a bustling small city in Texas that seems to have something new every time I visit. The city is officially known as the “Live Music Capital of the World,” but I actually disagree with that and instead think the city is the Festival Capital of the World. Austin hosts HUGE festivals each year including SXSW, F1, Austin City Limits, Fun Fun Fun Fest, XGames and NOW Cyclocross Nationals for the first time in almost 40 years! Aside from all the great festivals this city puts on with ease, Austin in my mind is home to some of the country’s best food and drink.

So in truth I do wish I were in Austin right now to race Cyclocross Nationals, but more importantly to see the many people I’ve become close with over the last 20 years racing my bike in New England and Colorado. I’ve received a lot of text messages and notes on social media this week and the weeks leading up to now. So instead of being there to bring folks to some of my go to spots in ATX, below is my city guide for Austin and making the most of the area for a few days.

Getting Around Town: Ride your bike, duh! But if you don’t want to lock up your carbon race bike, B-Cycle (Bike sharing) operates in the city. And for 4 wheeled transportation, Uber and Lyft both now operate in Austin.. There is also a bus that goes from the airport to downtown for $2. And if you want to support something that is HUGE in Austin, consider the bike pedicabs. 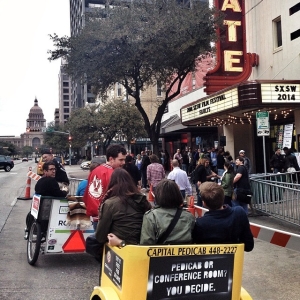 Neighborhoods to See: Downtown has a lot of restaurants and nightlife, but I find more enjoyment going to the outer neighborhoods. Check out South Congress, South 1st, The East Side, Rainey Street and Old West Austin.

Coffee Shops: Austin knows coffee and while Lance Armstrong may not be the most well liked guy in cycling, his coffee shop called Juan Pelota pulls a great espresso of Stumptown beans. Juan Pelota (or one ball, get it?) is attached to Lance’s bike shop, Mellow Johnnie’s located on 2nd and Nueces. Other great shops are Halcyon and Medici, both located downtown. There is also Jo’s Coffee on south congress. 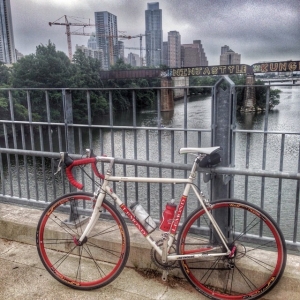