Many more people are now leaving their suburban communities and heading to the city. The world’s cities are in turn becoming much more congested with more and more cars dominating these already busy roads. We certainly live in a car centric world in the United States, but thankfully more and more of our cities are taking bicycles seriously with more urban planning taking into account the number of cyclists as well as the economic benefit of providing safe routes and parking for bikes.

While more cities are becoming safer for cyclists, there really hasn’t been a huge increase in the technology around safety for cyclists. A company out of Canada called Vanhawks is trying to buck that trend with the world’s first fully connected and perhaps the safest bike as well. The Valour is their take on what it means to have both a connected bike and also one that provides more safety from technology than ever before.

Some key features for this Kickstarter bike include: 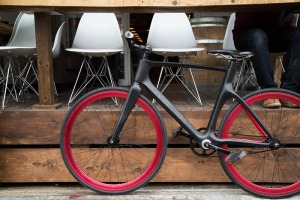 and it will be exciting to see one of these bikes in person later this year. Their Kickstarter has already reached its goal of $100,000 in under 3 days and at writing of this article they are sitting pretty at $143,800. I’m on the verge of dropping $1,000 myself for a pre-order of their bike or at the very least to sponsor them at a lower dollar amount. Hat tip to you all at Vanhawks! Give their video a look to learn more.

One thought on “The World’s Safest Bike”